Trump reportedly asked aides to find a way to weaken the dollar. Experts say that would be currency manip.. – Business Insider 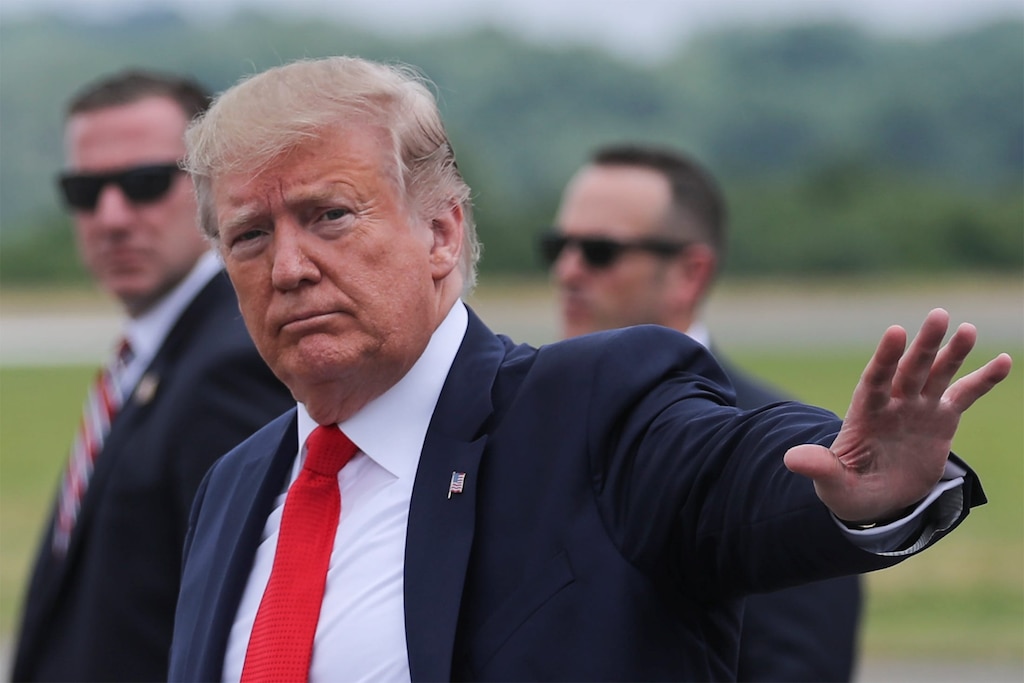 President Donald Trump has long hammered trade partners with accusations of intentionally devaluing their currencies, a practice that can make a country’s exports cheaper. But as tariffs disputes weigh on the economy ahead of the 2020 elections, he appears to think the US should give it a try.

Bloomberg News reported Wednesday that Trump has asked aides to look into ways to weaken the dollar, a move that experts said would amount to currency manipulation — and something that could undermine US credibility abroad. In interviews with recently-announced Federal Reserve nominees Judy Shelton and Christopher Waller, the president also asked about the greenback.

The White House declined to comment, and the Treasury Department did not respond to an email inquiry.

Such an action would be precluded by commitments among economic powers and with the International Monetary Fund, said Jason Furman, the last chairman of the White House Council of Economic Advisers under President Barack Obama.

“So the end result of this attempt to weaken the dollar will just be to weaken our leverage the next time we are trying to stop another country from manipulating their exchange rate,” Furman added.

Trump has grown increasingly frustrated with the strength of the dollar as his administration pursues its signature “America First” agenda, levying punitive duties on major trading partners. Economists said the dollar has strengthened in part because of policies including the $1.5 trillion tax-cut package that was passed in 2017.

He has repeatedly pinned blame on the Fed, which last increased interest rates in December, and pressured the independent central bank to loosen monetary policy. Higher interest rates can strengthen a currency, making exports more expensive abroad and lower the real cost of imports.

“China and Europe playing big currency manipulation game and pumping money into their system in order to compete with USA,” Trump wrote on Twitter in early July. “We should MATCH, or continue being the dummies who sit back and politely watch as other countries continue to play their games – as they have for many years!”

In its latest report in May, the Treasury Department found no country met the criteria to be labeled a currency manipulator but said it was closely monitoring nine including China for such actions. The Trump administration has separately sought to expand punitive measures for any country found to unfairly wield its currency in the global market.

It isn’t clear what specific policy the president had in mind. Any sort of intervention would fail to have a large effect on the dollar but could damage business relationships abroad, said Kenneth Kuttner, a former Federal Reserve staffer who is now an economist at Williams College.

“Intervention of this sort would be seen as a pretty blatant effort to manipulate the value of the dollar – just as we had been accusing the Chinese of doing for years,” he said. “Our trading partners would surely not take kindly to this.”

What is Fastnacht Day or Fat Tuesday and why are people eating doughnuts? – USA…

Here Are All The Movies and TV Shows Affected By Coronavirus…