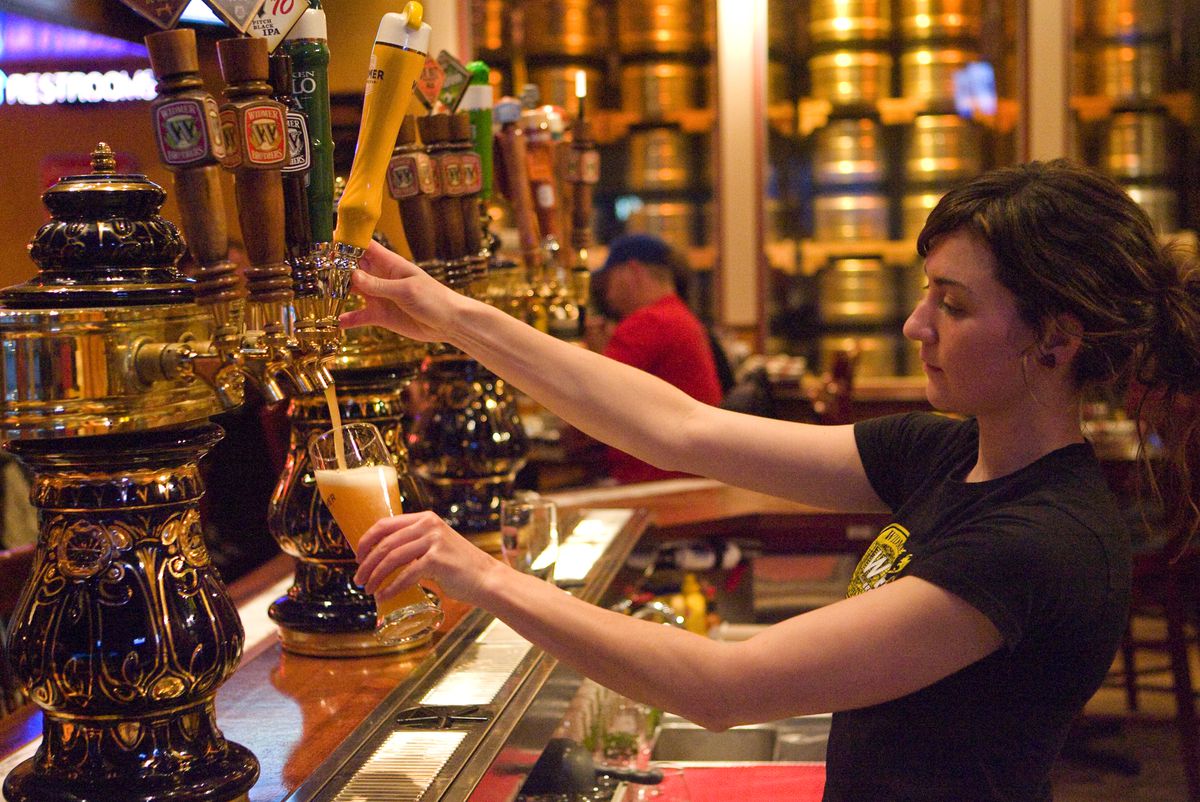 The decision ends an opportunity for the global brewing giant to gobble up the rest of one of Oregon’s last remaining pioneering breweries. And it sent the Portland company scrambling for alternatives.

As the price for opting out, AB InBev must pay $20 million to the Portland-based brewing consortium and to continue providing it with the global brewing giant’s network of production facilities and distribution networks.

AB InBev, the largest brewery in the U.S. and maker of Budweiser and Bud Light brands, owns slightly more than 31% of the Portland company. Under a 2016 agreement, it had an Aug. 24 deadline to buy the rest of CBA for a predetermined price of $24.50 per share – about $475 million altogether.

That’s 89% above CBA’s closing share price of $12.96 Thursday, signaling that investors thought a deal was unlikely at the option price.

So while the decision from AB InBev wasn’t a shock, it nonetheless sent CBA’s share price down 18.8% Friday morning, to $10.52. That’s near the stock’s lowest point in three years.

“While disappointing, with this decision made, management can turn its attention to refining strategic alternatives to maximize shareholder value,” CBA Chief Executive Andy Thomas said in a written statement.

Publicly traded companies use the phrase “strategic alternatives” as an indicator they plan dramatic change. That’s sometimes a major corporate restructuring or — most commonly — a decision to put a business up for sale.

CBA didn’t specify what options it will consider but said it will hold a conference call Sept. 5 to discuss the company’s plans.

“Looking to the future, we are optimistic that our healthy balance sheet, bolstered by the $20 million payment, and strategic investments in innovation and increased brand awareness will enable us to deliver long-term shareholder value,” Thomas said.

“While we are not making an offer to purchase the remaining shares of CBA, our existing commercial partnership with CBA continues to be a key complement to our industry-leading craft portfolio and we look forward to working together for many years to come,” said Marcelo “Mika” Michaelis, president of Anheuser-Busch’s Brewers Collective.

Sales for the CBA, which now includes eight breweries and cideries, have remained relatively steady over the past decade, but Widmer is no longer the group’s dominant brand, handing that crown over to Kona.

Kona’s Longboard Island Lager has helped drive sales of the Hawaiian brand above 450,000 barrels last year. That success has prompted the CBA to begin construction on a $20 million, 100-barrel brewery on the Big Island of Hawaii.

Those numbers drove a change in strategy at the CBA, which, according to its 2018 Securities and Exchange Commission filings, has begun promoting Kona as a national and global brand and focusing the other breweries on their own regions. For Widmer and Redhook, that means strengthening their positions within the Northwest.

Despite the declines, Widmer’s flagship Hefe remains the best-selling, most-widely recognizable craft beer in Oregon, leading the way to keep Widmer among the 50 highest-selling breweries in the nation.

Since selling a minority stake to Anheuser-Busch, the CBA has no longer been considered a craft brewery by the Brewers Association, the industry trade group.

Widmer began in 1984, when the homebrewing brothers quit their jobs and turned passion into career, scrounging together a brewing line from old dairy and junkyard equipment.

Kurt and Rob Widmer were among the group of pioneers — including the McMenamin brothers; Dick and Nancy Ponzi, founders of BridgePort Brewing; and Art Larrance, Fred Bowman, and Jim Goodwin, founders of Portland Brewing — who lobbied the Oregon Legislature in 1985 to pass the brewpub bill, which allowed brewery owners to sell their own beer on-premise.

Widmer opened in an industrial part of Northwest Portland – before expansion forced a move in 1990 to their current address – and in 1986 created Hefe, an American version of the German hefeweizen.

Hefe changed their fortunes and made Widmer a household name synonymous with Portland craft beer. In 2008, Widmer merged with Seattle’s Redhook Brewery and created the Craft Brewers Alliance. In 2013, the CBA, which now also included Kona Brewing of Hawaii, sold a minority stake to Anheuser-Busch InBev.

The growth brought increased investment and distribution, but it also brought criticism among some in the craft-beer community that Widmer had “sold out.”

In January of this year, Widmer announced it was closing the doors to its North Portland tasting room Tuesday, saying intense competition made it difficult for the space to be “financially sustainable.”