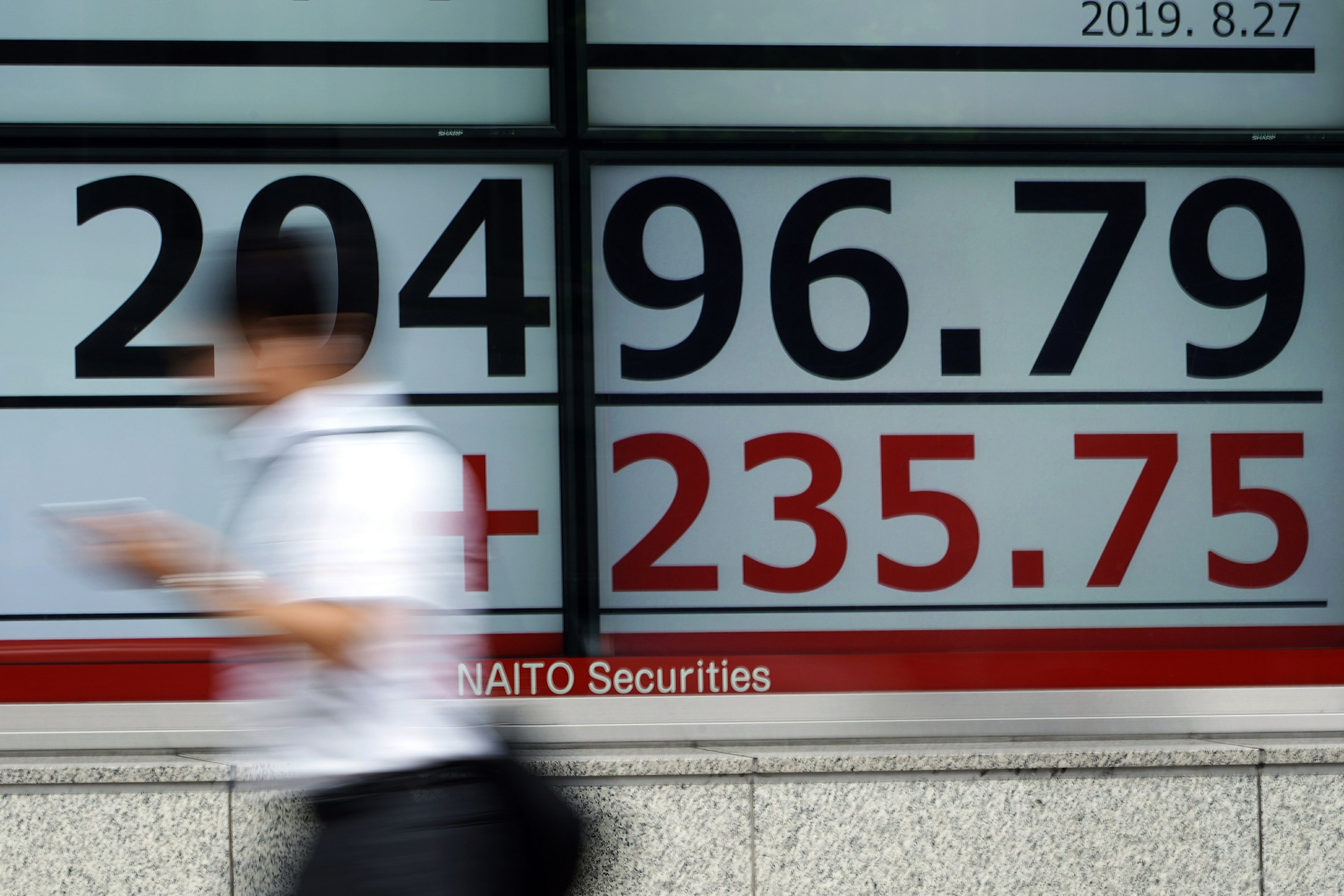 TOKYO (AP) — Asian shares mostly rose Tuesday as investors found reason to be cautiously optimistic again about the potential for progress in the costly trade war between the U.S. and China.

“It remains all about trade as President Donald Trump’s comments on the matter had once again been the primary driver for markets at the start of the week. Even though the sentiment had taken a positive turn on the latest update, uncertainty nevertheless persists to warrant a more cautious stance,” said Jingyi Pan, market strategist at IG in Singapore.

Monday’s rally on Wall Street got its start early after President Donald Trump said his negotiators had received encouraging calls from China on Sunday, though China’s foreign ministry denied knowledge of any such calls.

The major U.S. indexes are each on track for losses of 3% or more in August in what has been a volatile month for the market as investors try to gauge whether trade conflicts and slowing economies around the world will drag the U.S. into a recession.

On Friday, China announced new tariffs on $75 billion in U.S. goods. Trump responded angrily on Twitter, at one point saying he “hereby ordered” U.S. companies with operations in China to consider moving them to other countries, including the U.S.

Analysts say uncertainties are bound to remain on global markets as long as Trump continues to send conflicting messages.

“The bigger picture is that deep-seated issues are unlikely to be resolved on the flick of a switch or tweet,” said a report from the Asia & Oceania Treasury Department of Mizuho Bank.

Trump later announced the U.S. would increase existing tariffs on $250 billion in Chinese goods to 30% from 25%, and that new tariffs on another $300 billion of imports would be 15% instead of 10%.

During a news conference in France after the Group of Seven industrialized nations’ meeting, Trump said “China wants to make a deal, and if we can, we will make a deal.”