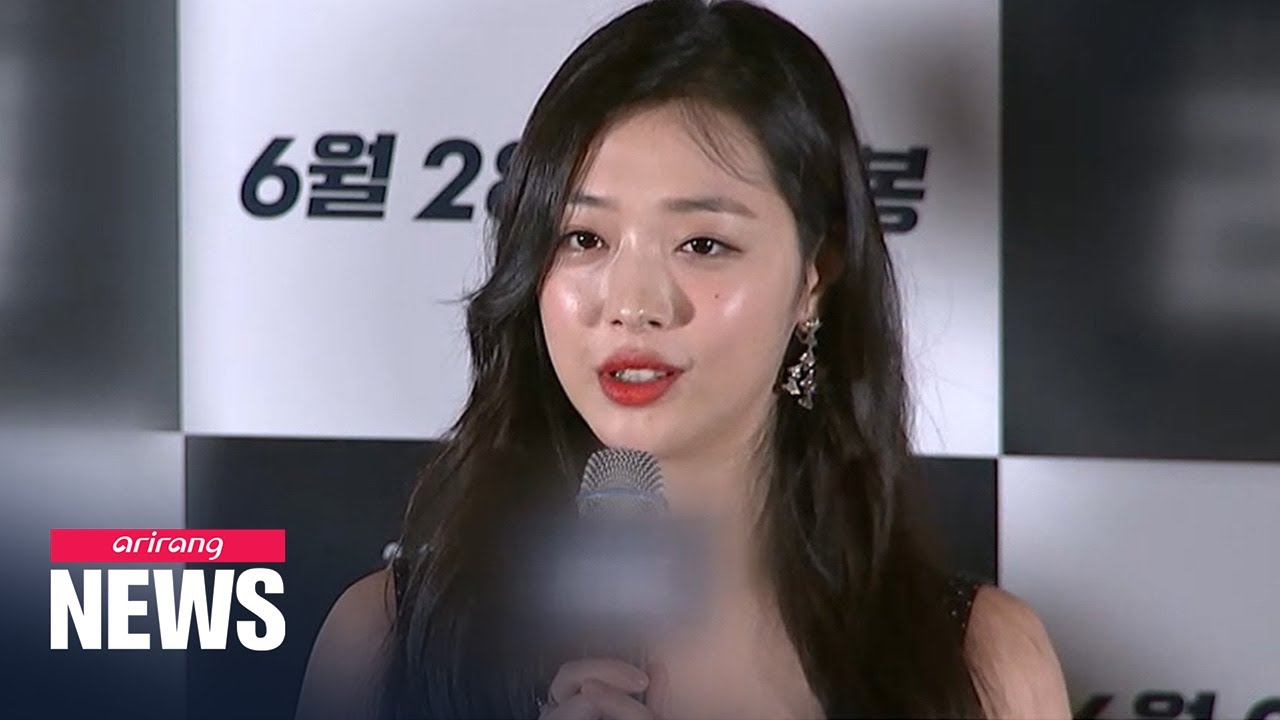 K-pop fans are in great shock and mourning after the death of K-pop star and actress Sulli.
Kim Bo-kyoung tells us about Sulli and suspected reason for her death.
South Korean K-pop star and actress Sulli… was found dead on Monday at her Seongnam residence.
According to the police on Monday,… Sulli’s manager found her dead in her home at around 3 pm after being unable to reach her since their last call the day before.
Currently police are investigating the case as a suspected suicide… but are still exploring other possibilities.
At the site, a hand-written memo showing Sulli’s feelings has been found… the police are saying it is not a will and that they cannot reveal what it says.
Her agency… SM Entertainment said the funeral won’t be open to the public.
Fans are shocked by the latest death of a K-pop star. It comes less than two years after the death of Kim Jonghyun, a member of boyband SHINee, who are also managed by SM Entertainment.
Sulli was a former member of South Korean girl group f(x), who debuted in 2009. She formally left the group in 2015 to focus on acting and her solo career.
She released her latest solo album in June this year… and also was a host of a Korean television show translated as “The Night of Hate Comments”.
Sulli was quite a controversial figure… and although the definite reason for her death is yet to come out… a lot of fans are suggesting that she took her own life because she had to suffer so much from hateful online comments.
As lots of Korean stars have committed suicide after suffering from malicious online comments… fans are saying it is time to make a law to stop people from posting comments that hurt others.
Kim Bo-kyoung, Arirang News.

Prince Harry heartbreak: How Duke could miss out on Royal Family reunion next month…