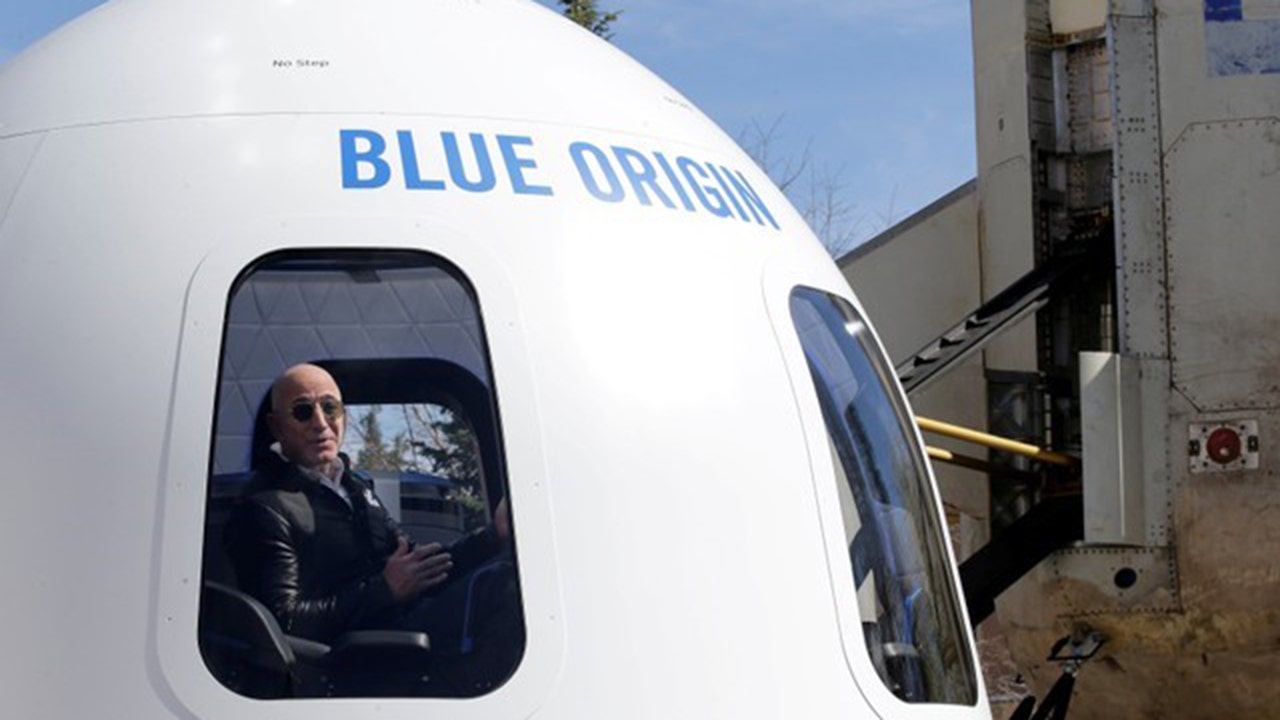 A video posted on Twitter by Blue Origin founder Jeff Bezos shows the Amazon CEO reading postcards students all over the world sent to be part of the 11-minute unmanned suborbital space mission.

He then stamped them, verifying for the students that their letters had completed the voyage.

“This card has been in space. On it, the planets represent my love of the unknown. They are all different and they represent the universe,” Bezos read aloud.

Also included in the New Shepard payload manifest were the two winning projects of the Art in Space competition, according to Blue Origin. Blue Origin partnered with rock band OK Go earlier this year for the competition giving middle and high school students the opportunity to send their artwork to space, the company said.

The New Shepard rocket is named after America’s first man in space Mercury astronaut Alan Shepard, according to Blue Origin. The 60-foot rocket is intended to bring six space travelers in the spacecraft’s capsule past the Karman line, roughly 62 miles above the surface of the Earth.

Blue Origin aims to use its reusable rockets to lower the cost of space travel, “providing safe, reliable and frequent access to space,” according to the company.

The company claims to have “the largest windows in space,” intended to provide astronauts with “incredible views.”

Boeing says 737 MAX may not win approval to return until mid-year, shares drop…