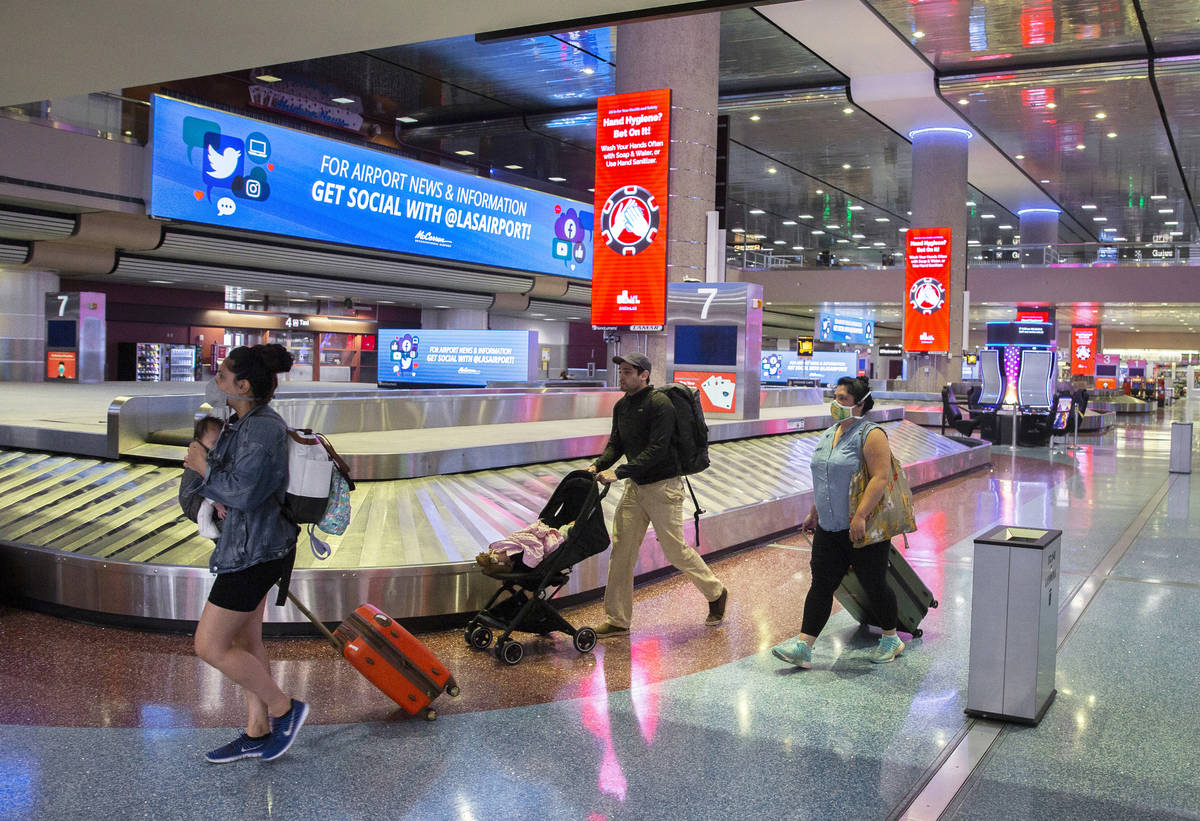 Bennight, who usually makes a trip to Las Vegas three or four times a year, is looking forward to planning an August trip. He had been set to go earlier this year, but had to postpone because of the pandemic.

He hopes that waiting a couple of months after the initial reopening date will mean there are more casinos open during his vacation.

“I like the crowds and the activity. That’s what makes Vegas fun,” he said. “I know it’s going to be different … (but) I’m glad to see it reopening. I’m excited for all the people who will get jobs back in order.”

The 70-year-old added that he hopes all guests adhere to new social distancing rules.

He typically travels to the city up to four times a year with his girlfriend, and he said he’s “not too worried” about the virus.

He understands certain parts of the new safety protocols, but said others seem extreme.

“It’ll be interesting to see the changes,” he said. “The six people at a craps table is going to be different, three people at blackjack seems a little extreme. Four at poker seems crazy.”

Powell will be packing masks for the flight there. Until then, he’s counting down the days.

Santino, who was in the city when the shutdown went into effect in mid-March, said he was surprised to see casinos close.

“There weren’t a lot of cases in Clark County at that time. We were going out to shows, we were going to dinner. … We had no idea (the shutdown) would go on this long.”

Santino and his wife visit the city at least once a year. He wants to come back in September, although his wife is pushing for a July trip.

As for the virus, he said he trusts the casinos to keep clean, and thought they did well with enhanced cleaning protocols before the shutdown.

“I’m very confidant that they know what they’re doing,” he said. “I’m fairly confident about going back. That being said, I’ll admit there’s a little more confidence knowing I won’t be there day one. If there are kinks, they have time to work them out.”

The couple plan to return to Las Vegas in July after pushing back two scheduled trips during the shutdowns. While the two usually avoid traveling when temperatures are high, they just couldn’t wait.

“We love Las Vegas,” Tim Fellman said. Trisha Fellman added that they aren’t “afraid to go at all.”

The Fellmans travel to Las Vegas about twice a year, and are interested in buying a condo in the valley some day. While they’re not into gambling, Tim Fellman said they’re drawn to the food, shows and attractions, like four-wheeling adventures in the desert.

“People don’t think of Vegas as a place to relax, and I do,” he said.

Anders will be traveling to Las Vegas with her husband on July 8.

“My main concern is (with) everything that’s potentially not going to be open,” she said. “We hope a couple shows will be open by then, but we don’t know.”

Tetlow usually visits Las Vegas twice a year: once for March Madness, and then in August for his birthday.

While he had to miss out on his March Madness outing this year due to COVID-19, he’s already booked a stay at the Aria for mid-August in hopes the property will reopen by then.

“I’ve been counting down the days (to Las Vegas reopening),” he said.

He said he has concerns about the trip — especially on whether the new social distancing rules will take away from the casinos’ atmosphere — but said it’s not enough to cancel the trip.

“I’ve got to experience it, I think. Just to see what it’s like (during the pandemic),” he said. “Hopefully (the rules are) relaxed in August. … I understand them. I just hope it doesn’t kill the allure for Vegas.”

With more than 33 percent of Nevadans unemployed in April, Tetlow said he hopes he can be part of the city’s recovery.

“I’m looking forward to going back out there and giving back, because Vegas has always treated me well,” he said. “I always leave going, ‘Oh, I head a great time.’ Never regretting a trip. … I always come back with a different story.”

Palantir, One of Silicon Valley’s Oldest Startups, Files to Go Public – The…

The best fried chicken in every state, according to Yelp – Insider –…