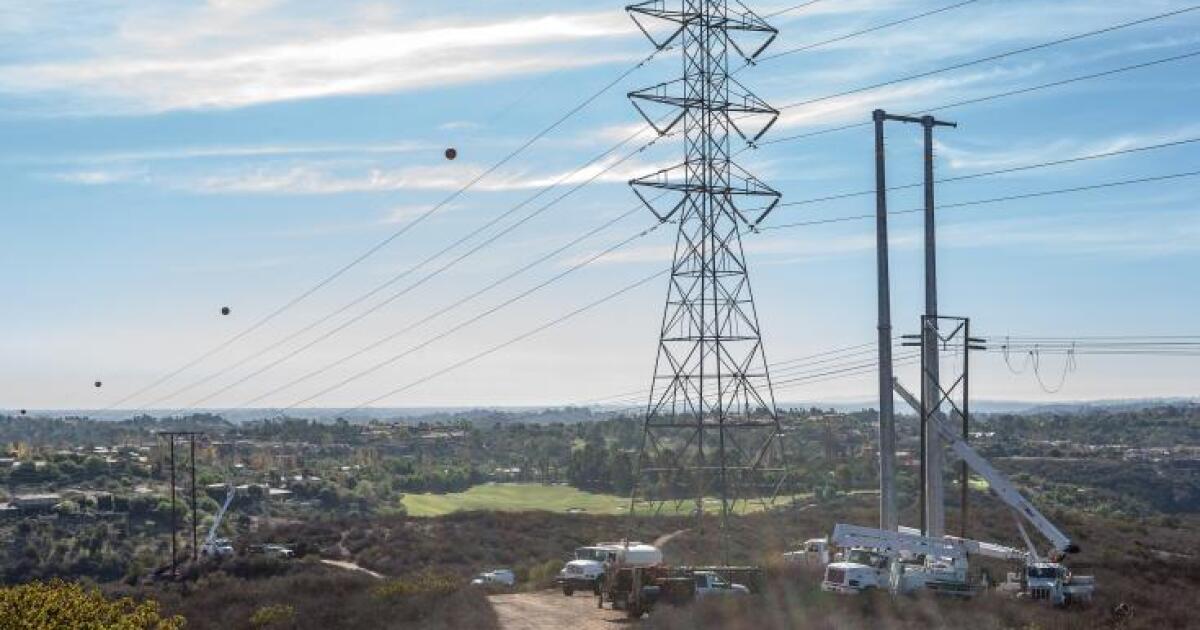 SDG&E cut power to large areas of San Diego County and southern Orange County on Friday night to cope with a surge in electricity demand brought on by the start of a heat wave that will last well into next week.

The rolling outages began at 6:40 p.m. and ended shortly after 8 p.m., SDG&E said. The blackouts affected about 58,700 of the utility’s customers.

It was the first time since 2001 that the California Independent System Operator, which runs the state power grid, had asked SDG&E to impose rolling outages.

The first set of outages hit at around 6:40 p.m. and affected 28,000 customers, according to Helen Gao, an SDG&E spokesperson.

Power also was out in parts of Dana Point and San Clemente in southern Orange County.

The lights flickered back on at 7:47 p.m. in Carmel Valley, drawing cheers at an apartment complex in Carmel Creek. SDG&E said power was restored to the first block of customers at roughly the same time.

The utility initiated a second round of outages at around 7:45 p.m. The affected communities included parts of Rancho Penasquitos, Rancho Bernardo, and Lake Hodges. SDGE did the blackout is affecting about 30,500 customers.

But the utility stressed that San Diego County’s high fire areas are exempt from the blackouts.

The outages occurred on a day when daytime temperatures ranged from the 80s at the coast to 120 degrees at Borrego Springs. The National Weather System says that the county will be unusually warm on Friday night and that the heat wave will continue on Saturday.

CAl-ISO said the heat wave in California plus record heat in the Southwest combined to stress the grid. CAL-ISO spokesperson Anne
Gonzales said it didn’t appear likely that more rolling outages would be needed on Saturday.

The power shortage is being driven by what officials say is one of the worst statewide heat waves in years, The broiling conditions that began Friday in California may rival the deadly seven-day heat event of July 2006, the National Weather Service said.